By Danielle LamonOctober 21, 2020No Comments 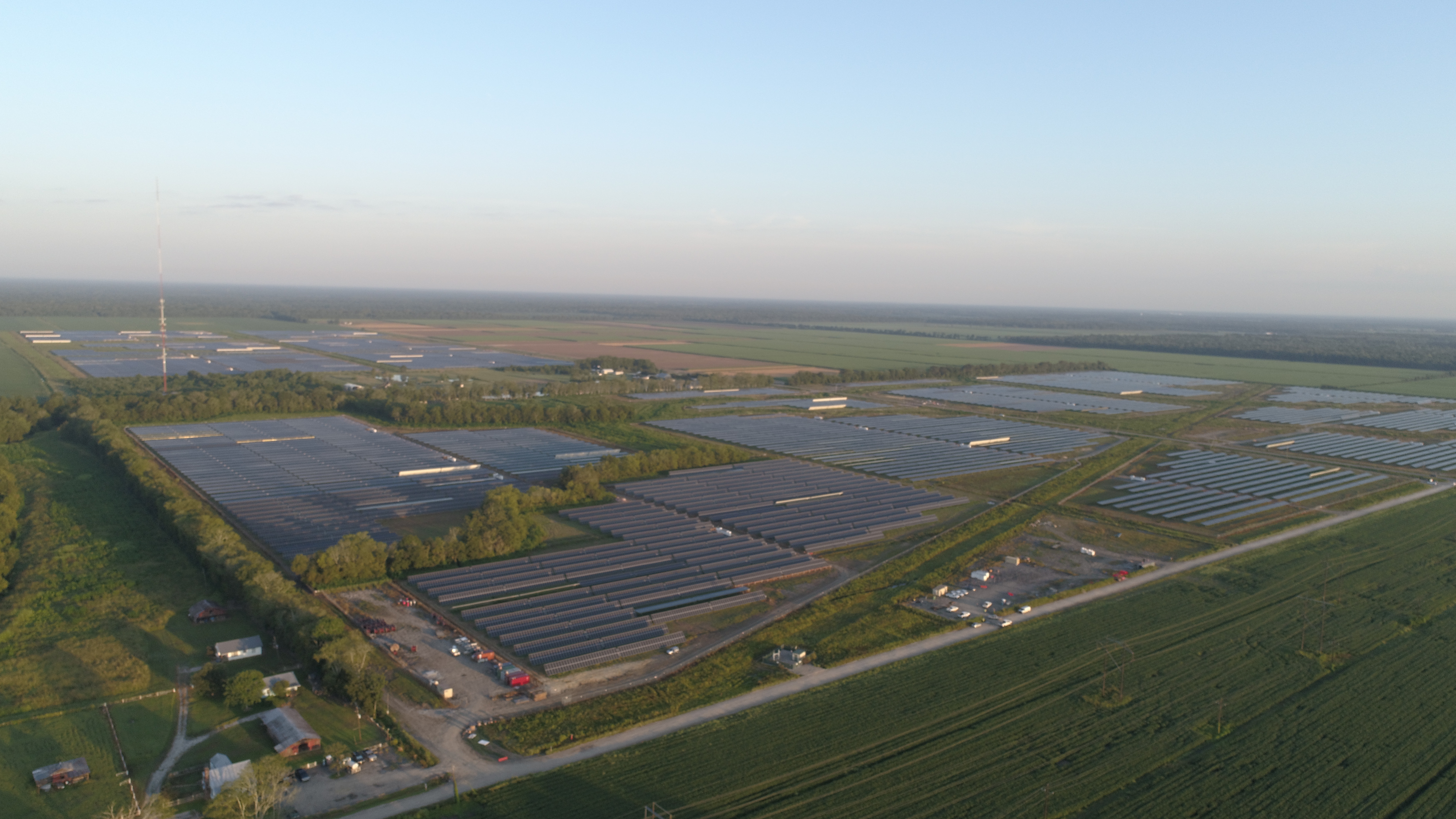 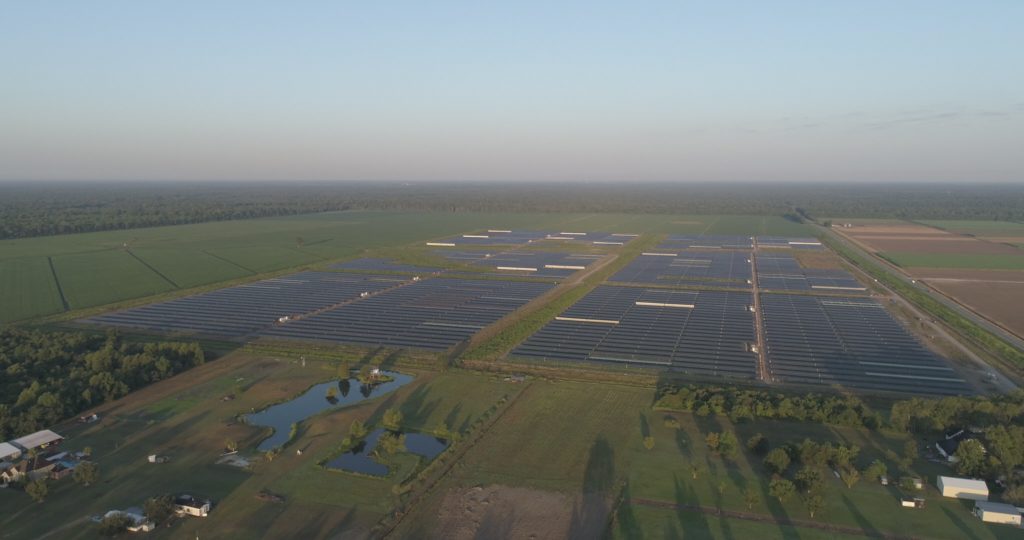 “Capital Region Solar is the latest addition to what we envision to be a growing portfolio of clean-energy resources serving our customers,” said Phillip May, president and CEO of Entergy Louisiana. “We are committed to delivering clean, reliable and affordable energy to our communities, and this project helps us do just that.”

Entergy Louisiana is purchasing the power generated by Capital Region Solar, a 50-megawatt solar plant constructed in West Baton Rouge Parish, under a 20-year agreement with Helios Infrastructure, a joint venture between Nationwide and Sol Systems. The agreement went into effect Oct. 9.

“This landmark project for Louisiana sets the bar for the triple bottom line benefits of sustainable infrastructure,” said Jessica Robbins, senior director, structured finance at Sol Systems. “We are especially appreciative to work with forward-thinking companies like Entergy and their customers who are leading the way to a more sustainable future.”

The project, which was built by DEPCOM Power, consists of approximately 197,000 solar panels occupying about 560 acres of land near Port Allen. The power produced by the site will offset the equivalent of nearly 19,000 passenger vehicles’ emissions in one year.  The plant adds to Entergy Louisiana’s approximately 190 megawatts of renewable resources. Entergy Louisiana’s portfolio also includes the state’s two largest sources of carbon-free energy – Waterford 3 and River Bend nuclear units. Together, the two units produce about 17% of the state’s energy and account for 94% of the state’s carbon-free energy.

Entergy Louisiana understands that in order to advance the state’s economic development activities, it needs to continue developing renewable energy solutions that will help attract new businesses to the state and grow and retain existing businesses that create new jobs and capital investment to the communities we serve. Entergy Louisiana recognizes that customers are increasingly interested in renewable energy. In coordination with regulators, Entergy Louisiana is working to expand its portfolio of energy solutions, while achieving the company’s sustainability goals. As part of its plan to continue expanding its clean-energy portfolio for the benefit of customers, Entergy Louisiana has issued a request for proposals to add up to 300 megawatts of utility-scale solar resources that would be in service by 2023.

The Capital Region Solar facility generated approximately 350 jobs during construction and will bring approximately $6.4 million in tax revenue to the surrounding region over the next 30 years, according to research done by DEPCOM. The group focused on hiring local contractors and veterans during the construction process.

“DEPCOM is proud to be part of Louisiana’s clean energy program. Working alongside local craftsmen and businesses made the success of the plant construction possible. Since project inception, DEPCOM G.I.V.E.S has donated over $200,000 to area charities, supporting local food banks, education programs and veteran affairs programs in honor of the Capital Region Solar project. We look forward to continuously serving the community and providing 24/7 plant operations and maintenance support services for the next several years,” said Johnnie Taul, president of DEPCOM Power.

In addition to providing reliable, cost-effective power, Entergy’s investments in its generation portfolio transformation and nuclear improvements since 2000 have resulted in substantial reductions in the company’s greenhouse gas emissions, highlighting Entergy’s commitment to environmental stewardship.

In 2001, Entergy Corporation became the first U.S. electric utility to voluntarily commit to capping greenhouse gas emissions. The company set a new emissions strategy in 2019 with its announcement of a goal of reducing its carbon emission rate by 50% below year 2000 levels by 2030.

In 2020, the company accelerated its climate action goals with a commitment to achieving net-zero carbon emissions by 2050.

Sol Systems is a leading national solar energy firm with an established reputation for integrity and reliability across its development, infrastructure and environmental commodity businesses. To date, Sol has developed and/or financed over 1 GW of solar projects valued at more than $1 billion for Fortune 100 companies, municipalities, counties, utilities, universities and schools. The company also actively shapes and trades in environmental commodity and electricity markets throughout the United States. The company was founded in 2008, is based in Washington, D.C., and is led by its founder. Sol Systems works with its team, partners, and clients to create a more sustainable future we can all believe in. For more information, visit www.solsystems.com/.