By Danielle LamonJuly 23, 2019No Comments 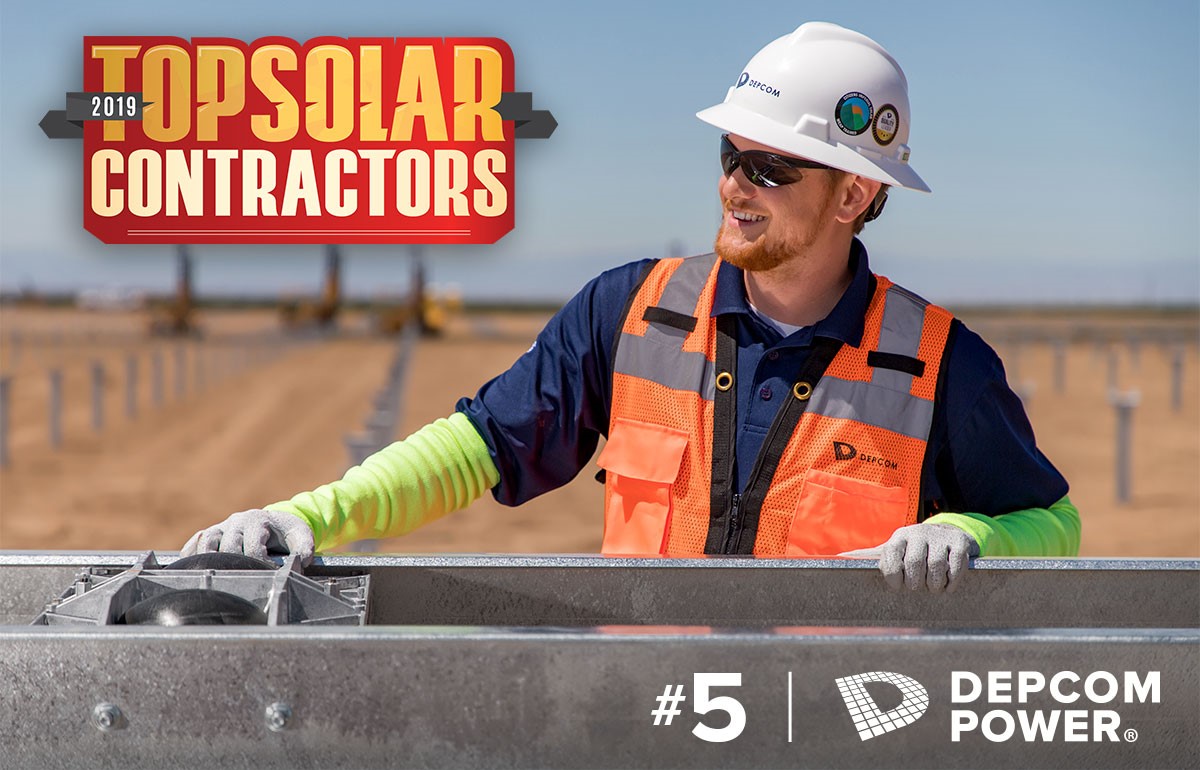 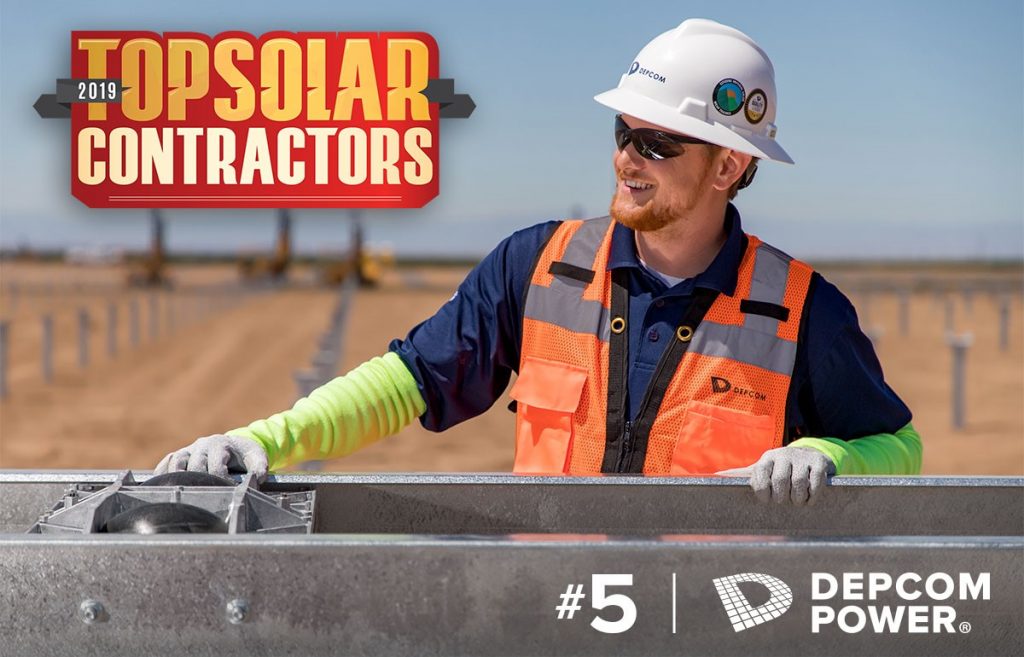 With renewable energy expected to be the fastest growing source of U.S. electricity generation for at least the next two years, utility solar EPC/O&M provider, DEPCOM Power, is happy to be contributing to the country’s energy mix. DEPCOM has been recognized by Solar Power World magazine for its installation efforts, achieving the rank as a top 5 EPC provider and overall utility solar provider rank of 8 out of 415 solar companies on the magazine’s 2019 Top Solar Contractors list.

“Solar Power World enjoys assembling the Top Solar Contractors list each year, and our 2019 edition features hundreds of companies making big impacts in local energy markets,” said Kelly Pickerel, editor in chief of Solar Power World. “Solar power is becoming competitive with traditional electricity sources in more markets, and cities and states are demanding more renewable energy options. It’s a great time to be a solar installer, and we’re happy to highlight the best installation companies in the country on our list.”

The U.S. solar market is expected to see 14% growth in 2019, with over 12 gigawatts of new solar power added to the grid this year — enough to power 2.28 million average American homes.

Solar Power World is the leading online and print resource for news and information regarding solar installation, development and technology. Since 2011, SPW has helped U.S. solar contractors — including installers, developers and EPCs in all markets — grow their businesses and do their jobs better.