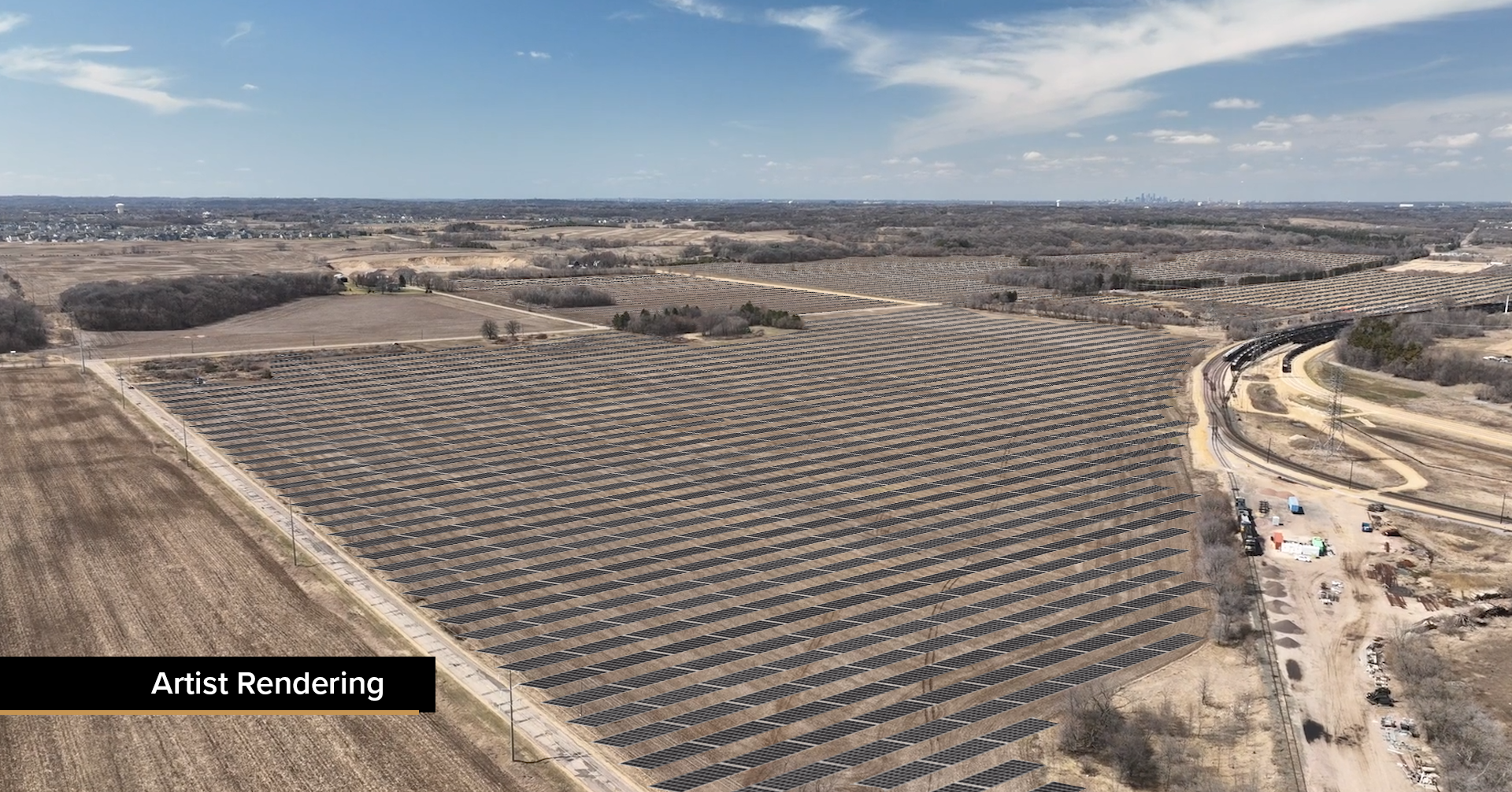 Rosemount, Minn. – Flint Hills Resources today announced it is moving ahead with building what is believed to be the largest solar installation of its kind in the country. The installation will help power the company’s Pine Bend refinery south of the Twin Cities in Rosemount, MN. The refinery supplies the majority of Minnesota’s and much of the Upper Midwest’s gasoline, diesel and jet fuel as well as heating fuels, asphalt, fertilizer and the chemical-building blocks used in thousands of everyday products.

The 45-megawatt solar installation will include at least 100,000 panels and connect directly to the refinery operations. When complete, it is expected to help lower energy costs, improve energy efficiency and reduce emissions. The Pine Bend refinery is currently among the most efficient refineries in the United States, earning the U.S. Environmental Protection Agency’s ENERGY STAR® status three consecutive years. The refinery also has reduced its traditional criteria emissions by 70% since 2000 while increasing production to meet demand. It has reduced greenhouse gases approximately 10% relative to production since 2010.

“With this project we are improving our ability to provide the fuel people need in a way that will allow us to be more competitive today and well into the future,” said Jeff Ramsey, president and CEO of Flint Hills Resources. “Our refinery operations are among the best in the world, and we continue to innovate and find new and better ways to produce and deliver the fuel and other petroleum-derived products that remain essential to the economy and modern life.”

The Flint Hills Resources solar installation will be located on approximately 300 acres of the company’s property immediately adjacent to the Pine Bend refinery complex in Rosemount, MN (click here to view a map, fact sheet, renderings and video of the site). The project is believed to be the largest direct use of solar power in the United States where all the power being generated is connected directly to a single facility or business. The facility’s expected solar energy production is enough electricity to power more than 8,400 homes per year and has a peak capacity of roughly 30% of the refinery’s power needs during optimal conditions. The estimated cost of this project is $75 million. Scottsdale, Arizona-based DEPCOM Power, a Koch Engineered Solutions (KES) company, has been selected as the engineering, procurement and construction contractor for the project.

“This is an extraordinary project and exciting opportunity to demonstrate how solar can be seamlessly integrated into a large industrial facility with a high, consistent power demand, reliably and at a lower cost than conventional, retail power,” said Justin Bloch, DEPCOM’s President of Solar. “You don’t often see utility-scale projects for a single facility and while this may be the first project of its kind at this scale, it won’t be the last.  Distributed solar generation is proving to be a competitive and reliable source of power for many energy-intensive industries.”

The Flint Hills Resources solar installation will be the company’s second source of on-site power generation following the completion of its Combined Heat and Power (CHP) system in 2019, which provides about 50 megawatts of electricity. The CHP’s cogeneration of electricity and steam is more efficient than producing them separately, and on-site electricity generation (CHP and solar) avoids the energy losses associated with long-distance transmission, transformation and distribution of utility supply. The Pine Bend CHP uses a combination of a state-of-the-art natural gas combustion turbine, a combustion turbine waste heat recovery system and a steam turbine energy recovery system. Under optimal conditions, CHP and solar installation together could satisfy up to 70% of Pine Bend’s power needs.